The mobile phone of the captain of a tour boat that sank off Hokkaido was unreachable for most of its final voyage, sources familiar with the matter said on Saturday, pointing to an apparent failure by the operator to handle its communication system correctly.

The discovery came as 12 people remained missing for a week after the 19-tonne Kazu I disappeared in rough waters while visiting the scenic Shiretoko Peninsula.

Photo taken on April 30, 2022 in Shari, Hokkaido shows a broken radio antenna at the office of Shiretoko Yuransen, an operator of a tour boat that sank off the Shiretoko Peninsula in Hokkaido. (Kyodo)

The discovery exposed a series of flaws in operator Shiretoko Yuransen’s communications system, including a broken radio antenna at his desk on the day of the crash.

It was also discovered that an employee of Shiretoko Yuransen did not know the number of the satellite cell phone which was allegedly kept on the boat, the sources said.

Three days before the accident, Noriyuki Toyoda, the 54-year-old captain of Kazu I, obtained permission from a regulator to use his cell phone rather than the satellite cell phone on the boat as a means of communication, according to the Ministry of Transport. .

The regulator approved the change because Toyoda said the cellphone would be accessible by sea, the ministry said.

A call requesting help from the Japanese Coast Guard was made using a passenger’s mobile phone, coast guard sources said. A distress call from the radio on Kazu I was also picked up by another boat operator.

The boat had 26 people on board in total. So far the bodies of 14 people have been found since contact with the boat was lost on April 23.

The boat was found underwater on Friday, with the Coast Guard and Maritime Self-Defense Force continuing to search the surrounding waters and Kazu I using an underwater camera.

The Coast Guard is investigating the incident with the operator likely to face charges of professional negligence resulting in the death.

Shiretoko Yuransen’s owner publicly apologized on Wednesday, admitting his decision to give the go-ahead at the start despite the risk of bad weather was inappropriate. 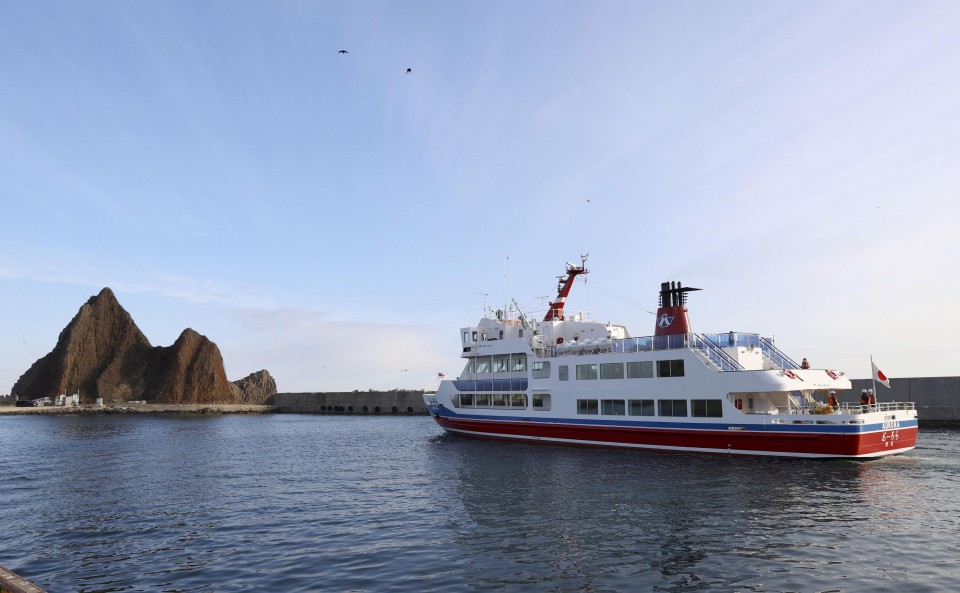 Photo taken on April 30, 2022 in Hokkaido’s Shari shows a ship heading for the search for missing people following a fatal tour boat accident on April 23 off the main island’s Shiretoko peninsula. northernmost in Japan. (Kyōdo) == Kyōdo