After a break from the usual cycling activity, it’s time to start riding again. This #RideDiary is a small update after a hectic few months of magazine production.

– A blog and video by Rob Arnold

Forgive me the bike, because it’s been a month since we went anywhere together. And even longer since our last decent ride. I have my reasons and I hope you understand. It’s not you it’s me. It’s nothing personal, it’s just that I’ve been busy. I had other things going on; a magazine to do and the distractions of modern life. That’s no excuse, I know. But it happened, and hopefully we can move on. I still love you. -Rob

I didn’t want to stop riding. It just happened. When I’m on the bike, I like to be focused on riding. During the last weeks of production of the Official Tour de France Guide, things get a little hectic for me and I tend to get distracted. So, I made the decision: do the job, then ride again. It’s not a good idea.

By the end of April, I had cycled 5,500 km, but in May I only cycled 100 km. The rest of my time was largely spent in front of the computer.

Funnily enough, the week before I quit my usual 2022 riding routine, I had filmed a ‘Story Of My Ride’ video which included a sequence of random rants on the bike (see link below). All sorts of topics were discussed, and it was clear that I was in a happy place. At one of my turnarounds, I paused and reflected on what I had accomplished riding, talking, and starting the day on my bike.

I would like to listen to my own advice. I concluded my video by saying how much more productive you can be at work if you’ve taken a walk, cleared your mind of clutter, taken a few shots, exercised, and feel like you’ve do something… all this before another day at the office.

Instead, I completely forgot that I had recorded that morning on the bike—and, obviously, I also forgot the point that I was actually getting noticed. ‘Rob, if you ride, you feel better and you do more work…‘ etc.

The to-do list has grown. The pages had to be filled. And work had to be done. So I stopped riding. Bad idea.

No indoor trainer. No journey. No visits. Nothing. For a month!

I say. I am sorry. So note to my bike to start this #RideDiary entry.

There’s good news in all of this: first and foremost, there’s a magazine coming soon. It was printed and on Tuesday it was bound, cut and prepared for delivery.

It is the “tourist guide”. If you know RIDE Media, chances are you know about this annual production: the Official guide of the Tour de France (Australian edition). And, in 2022, a few more words, ‘20th anniversary‘.

(Note: pre-orders for the travel guide dropped off with Australia Post yesterday, June 8. And you can find it in newsagents across Australia from June 16.)

Yeah, I’ve been doing this magazine for quite a while now. I was a young man when it all started, and I’m happy to say that I still feel pretty fresh all these years later. I still love my bike and still want to be on my bike as often as possible.

But this May, that didn’t happen. I worked. I have eaten. I was sleeping. And…I repeated this routine, mindlessly not taking a moment to ride, reflect, recharge and enjoy all the things a few hours on the bike can offer.

There’s some other good news though, mostly for me actually, but there might be something for you too if you’re interested in cycling and, more specifically, cycling products. You see, when you find that you need to speak with clients who have long helped make the “tourist guide” possible (i.e. advertisers), you also learn about some industry trends. and you learn about new (or pending) product releases, and – especially in 2022 – you learn about the impact of supply chain issues on the market.

Cycling products were very popular in Australia during the pandemic years. In 2020, for example, what was available was often sold out as soon as it arrived in stores. In 2022, the stock appears to be arriving on our shores again (and, as seen in the recent Handmade bike show in Melbourne, some are even being built here*).

But there is still a considerable backlog, much of which was paid well before the delivery time…and delivery is still pending for many customers.

Many of you are likely to be able to relate to this kind of problem. I just hope the bikes (or bits) you’re still waiting for aren’t essentials that kept you from riding a bike. It would be awful. If it’s something new, because you treat yourself to extra comfort, watt savings, a bit more aero or a color change, then there’s good news too. When it arrives, you will be very happy… happy even. Frustration now, joy…later. (Thought of the silver lining.)

I digress. Back to business, and talking to customers, and working on the magazine, and getting publicity support, and then getting to know the cycling products… well, that ties us into the other good news that I have been off the bike lately. (Good news for me, and maybe for you.)

So the are things you can buy, there’s stock available, and in some cases there’s even sample media! After a few years of reviewing very few cycling products (although I did for my job for over 25 years), it is now possible to do some of the fun things related to my job. There are a few boxes of goodness that need to be opened… 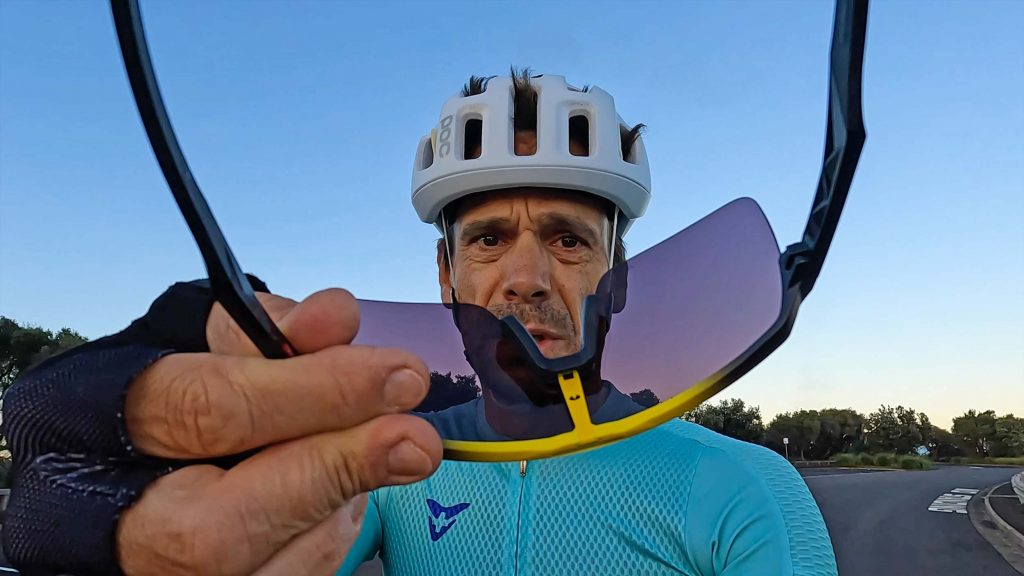 I will be reviewing the products soon… in the studio and on the bike.

Motivation was never the problem. That’s not what stopped me from riding. My desire was there, but time was running out and the deadline was approaching. I continued to work. The magazine was running smoothly, and as a by-product of calls from my customers, the boxes I just mentioned started arriving.

Inside are cycling products and although I know the basics of what I’m about to find, I resisted the (extremely strong) urge to open them without registering my reaction. In other words, I’ve walked past a box labeled “Princeton Carbonworks” more times than anyone else I know could have without stopping and opening and…well, not getting the job done anymore. required.

Inside that box is something that’s hard to ignore if you know anything about cycling products… Still, I was able to resist the temptation to open it until that I am able to give my full attention to the content.

It takes a lot of determination to resist this temptation but, since it’s not often you open what are said to be “damn expensive” wheels, I think it’s important to take the time to do so properly. Something like this shouldn’t be rushed. It should be savored and given the respect befitting such an outlay of money (or the cost of being so patient and focusing on the task at hand rather than just satisfying a craving).

There are also other boxes, and inside are items that I will use soon when I ride again.

The break from riding obviously continued for a few days beyond the magazine’s production deadline. I’ve maintained my madness long enough, but when I ride again it will be with some amazing new wheels on my bike. And the good news keeps coming…

Yes, there is more. More good news (for me, and maybe for you): there are other things in these boxes that will end up on my bike (or on me) on my next ride.

Soon I will be filming and talking to the camera again. I’m done with the annual big print run, for the 20th year in a row, and soon I’ll be back to rolling, then editing videos for RIDE Media YouTube Channel. There’s a lot of content already, but there was also a break in the shows while… yeah, I was busy working on another job.

Sometimes there are rants about whatever comes to mind when I’m riding a bike. Other times there might be comments about the products I use. You may find that you see a few new places as I share with you the #StoryOfMyRideor maybe you will be hired by one or two interviews of the #TalkCycling series.

Thankfully, I’ll be riding again soon, doing what I love – what I’ve loved doing all my professional life: sharing the joy (and frustrations, and other emotions) that come from being on the bike .

The The tour guide arrives. It’s a big magazine: 212 pages on cycling, on a few cycling races in July: the 109th Tour de France (July 1-24) and the 1st Tour de France Women with Zwift (July 24-31). There’s a giant tear-off poster depicting the route from Copenhagen to Paris and inside you’ll find stories about a race, its history, the places it visits and the runners’ expectations that are going to be featured on our TV screens from July 1 -31, 2022.

It’s a magazine production that kept me busy, but my bike and I will soon be back together and doing what we love.

*Certainly not a paid promotion. Alas, I couldn’t attend the show, because I had just finished the magazine. I was very tired, but I would have liked to go. And I think now is the time for the Australian government to invest not just in cycling infrastructure, but also in the cycling industry. Don’t get me started, I could go on for a very long time on this subject… a subject for another time perhaps.